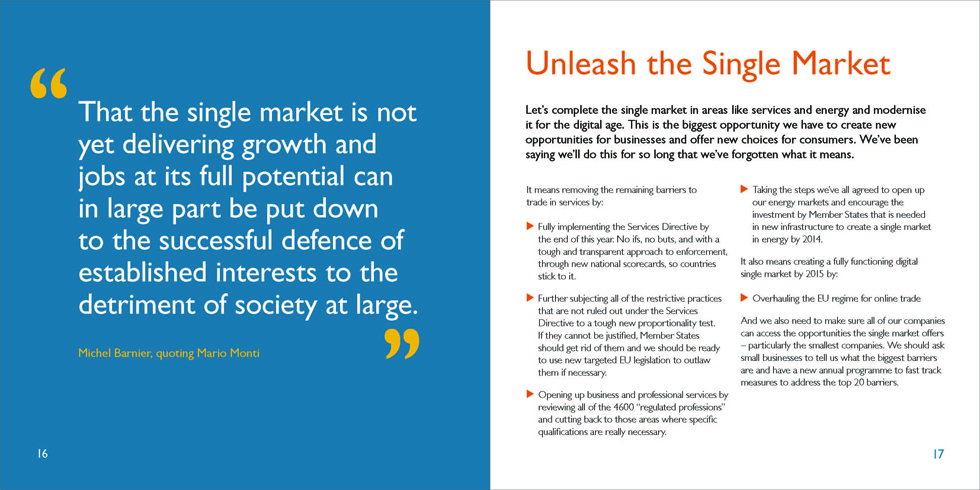 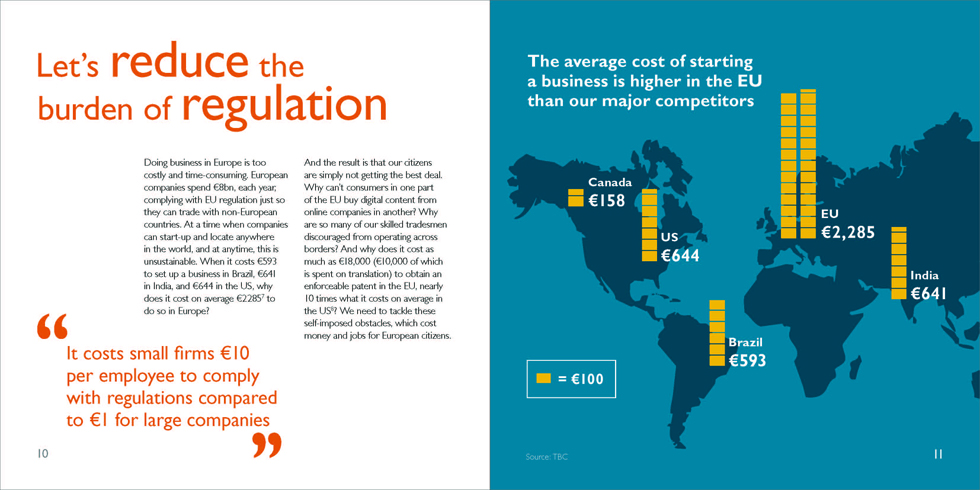 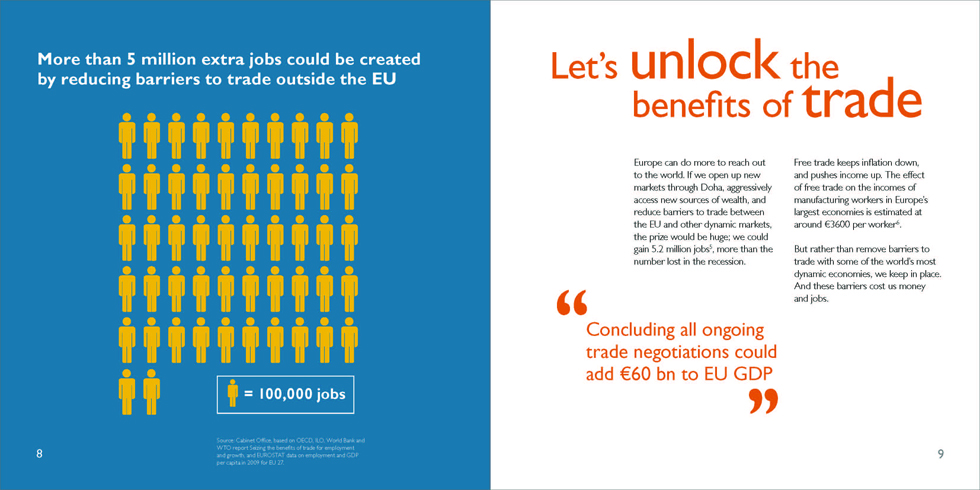 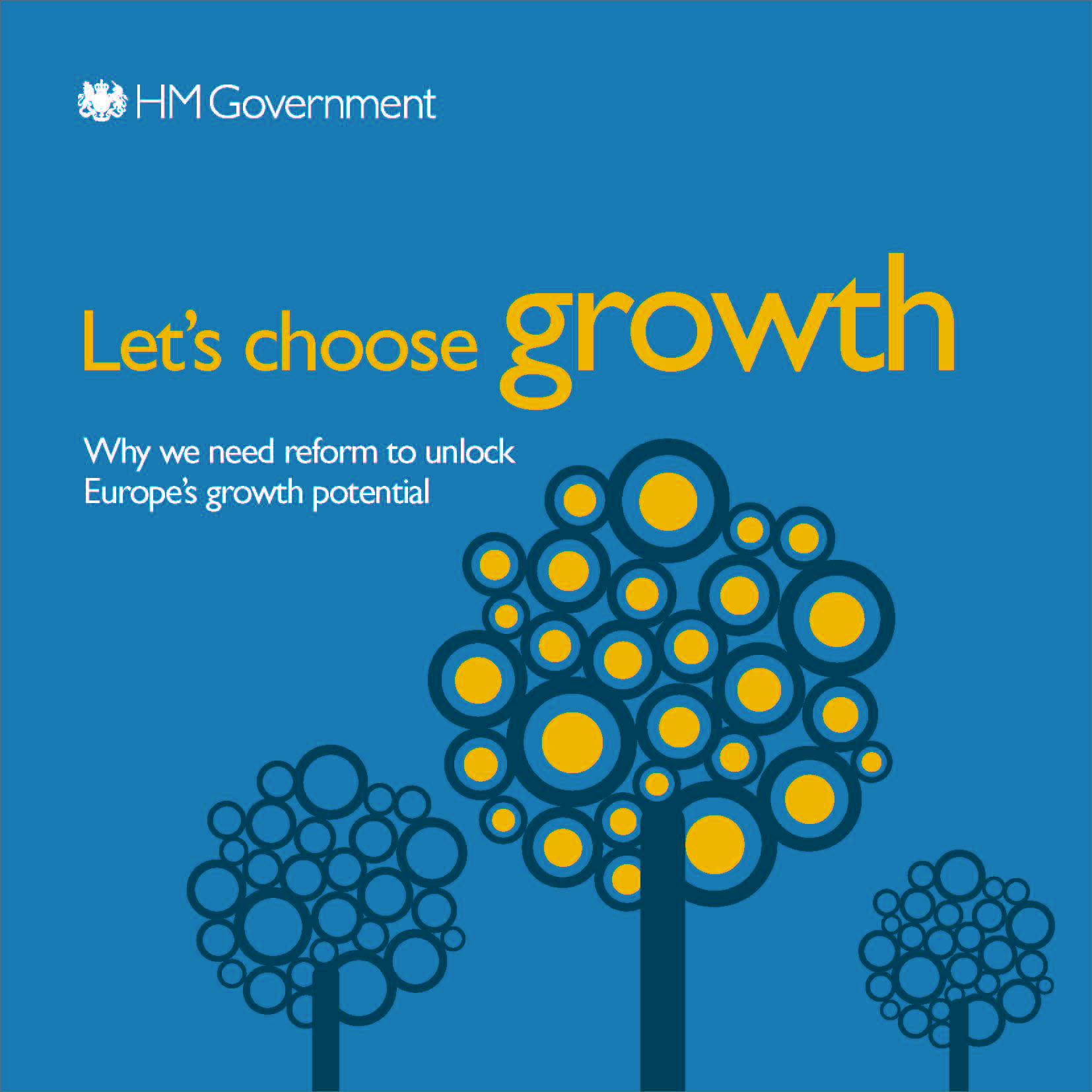 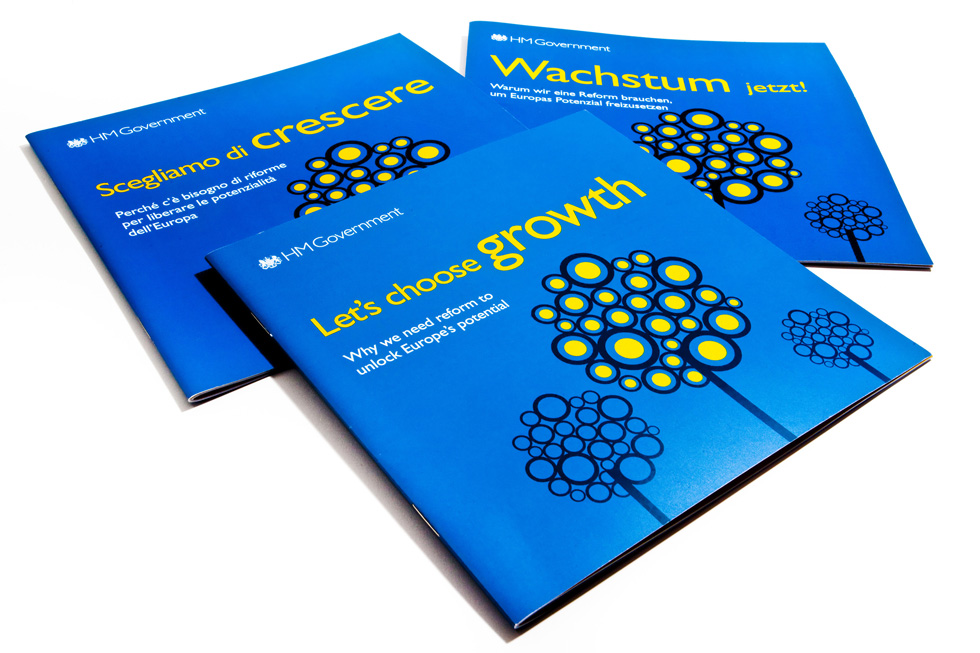 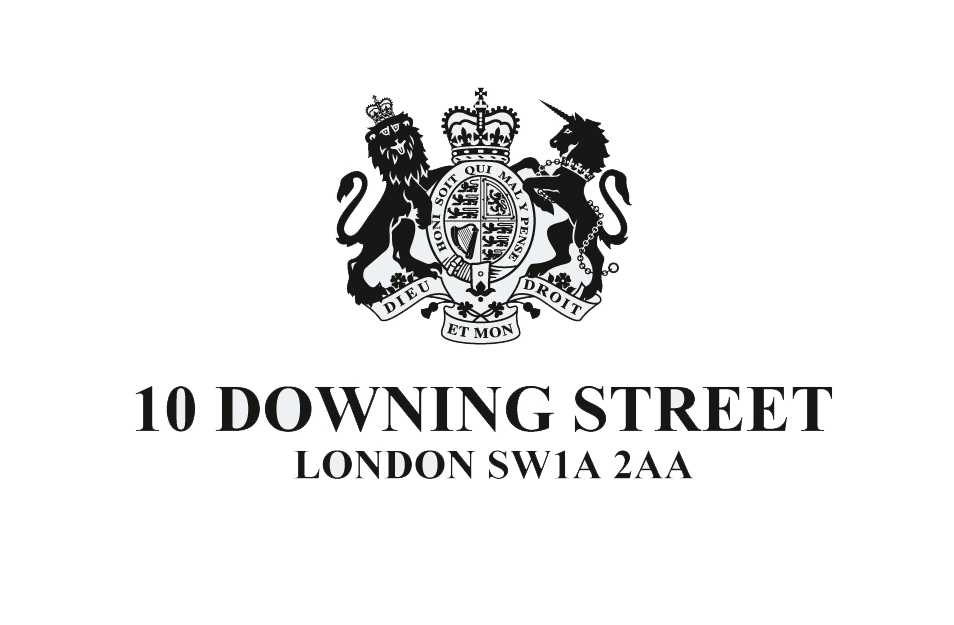 Let’s Choose Growth: THE CASE FOR EU REFORM TO BOOST GROWTH IN EUROPE

Is Europe in economic decline? How can we restore lost growth and ensure prosperity for our children? Let’s choose growth argues the need for EU reform to meet these challenges and help boost trade, enterprise and innovation.

The objective of this project was to make a convincing case for EU reform to boost growth in Europe. Originally conceived as a policy paper to support the Government’s EU growth agenda at Davos, the brief quickly grew to include a public-facing pdf for the Number 10 website, a printed booklet for FTSE 100 CEOs, the press and opinion formers, and an animated version for quick viewing. Our challenge, as the brief evolved, was to convey the case for reform as a compelling story and translate complex economic information into bold, simple graphics that would
work in any format and make an immediate visual impact on the reader.

COI worked with Prime Minister’s Office staff to develop a strong narrative structure on which to base the story, stressing the risks of doing nothing but also emphasising the prize to be gained by decisive action. We worked with supplied data (from the Department for Business, Innovation and Skills, HM Treasury and the Foreign and Commonwealth Office) to select the most appropriate statistics and interpret them in a bold graphic style, so they would make immediate sense to anyone, regardless of their knowledge of economics. We also worked with the animators to turn the story into a script – distilling it into a series of arresting messages – and helping them to turn our graphics into dynamic moving images that could be viewed on the Number 10 website.

The result was a suite of materials that could be used for targeting a range of audiences, including European political leaders, newspapers, opinion formers, think tanks and students across Europe as part of a co-ordinated campaign designed to influence the future shape of policy.