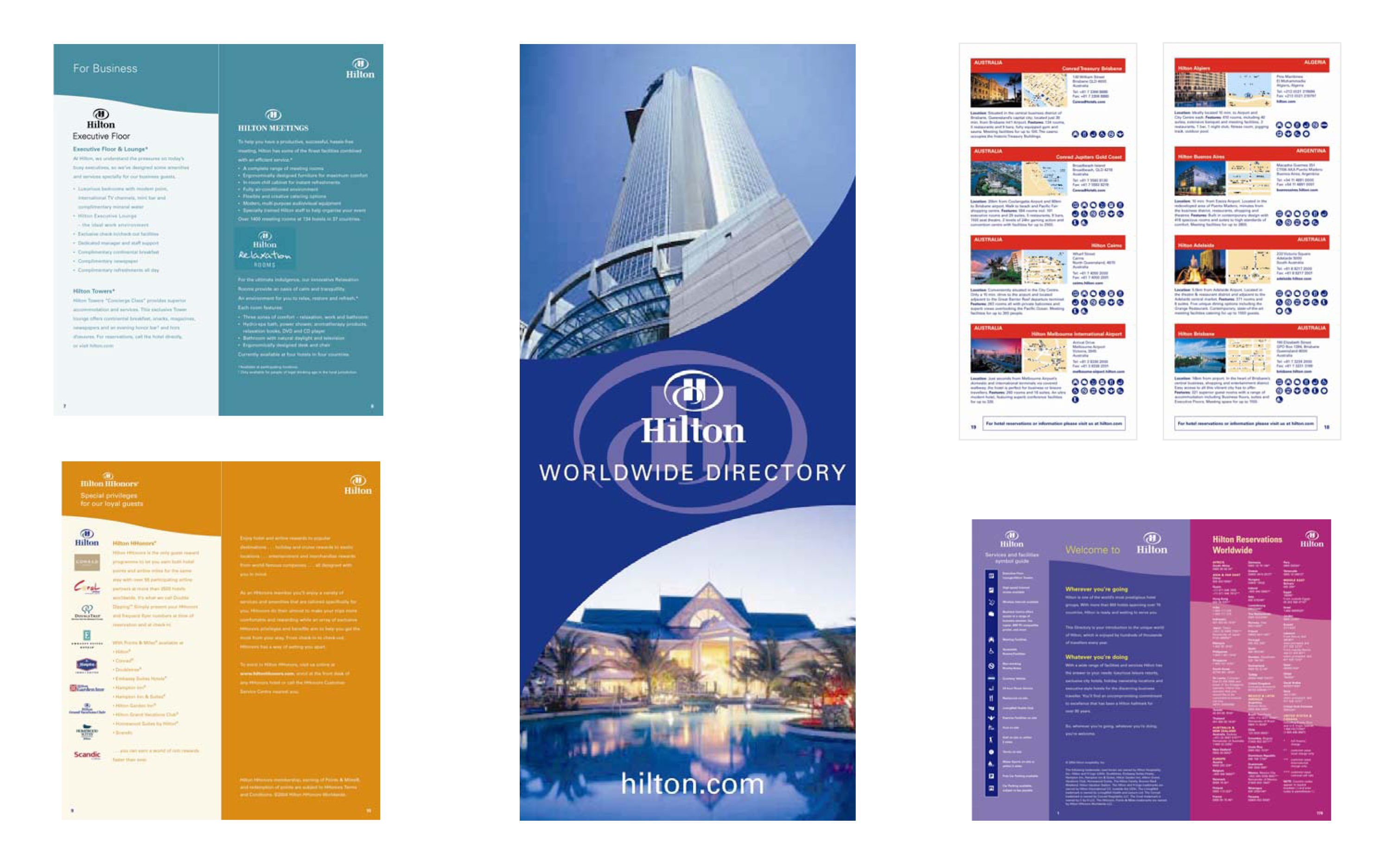 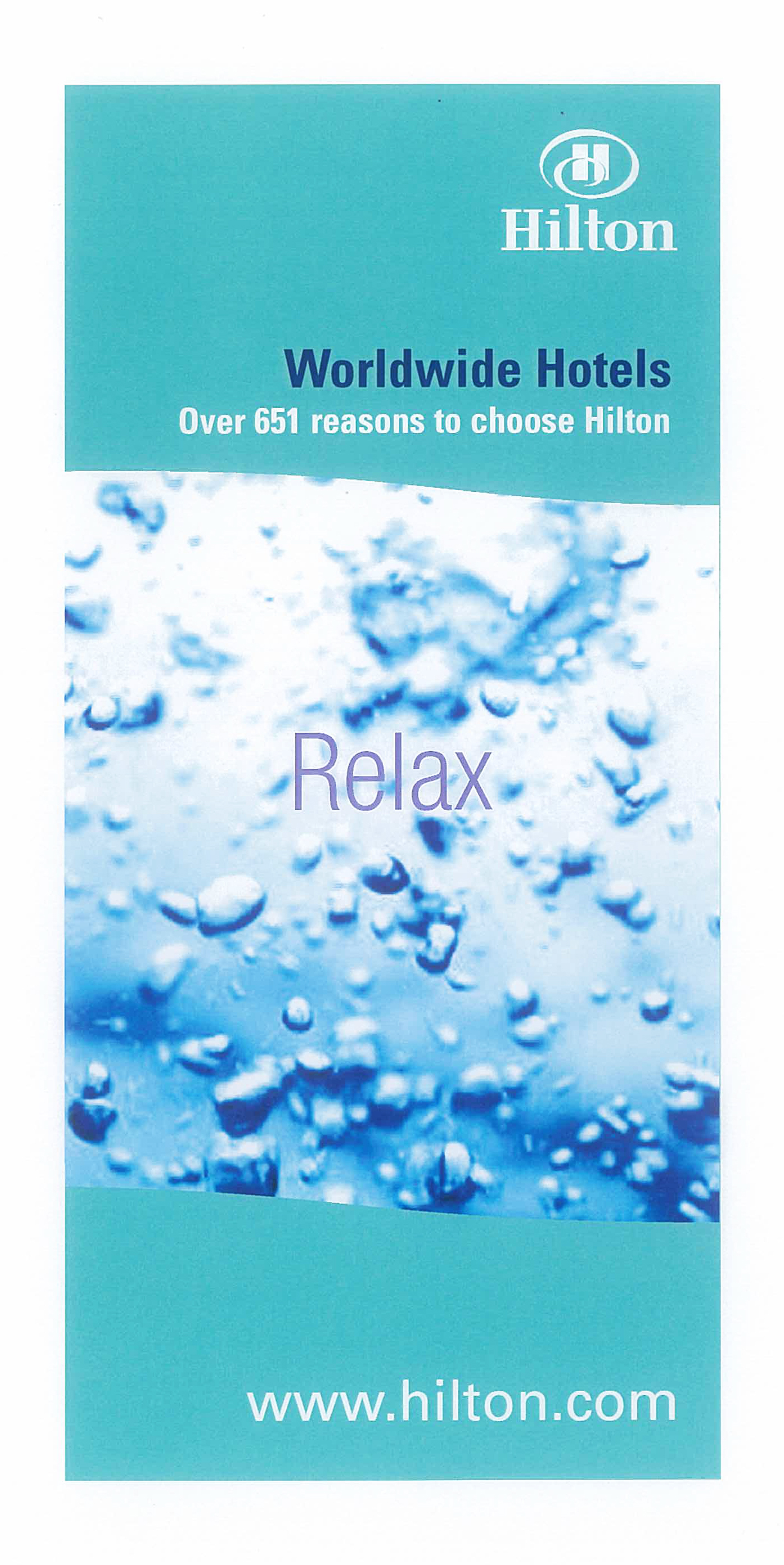 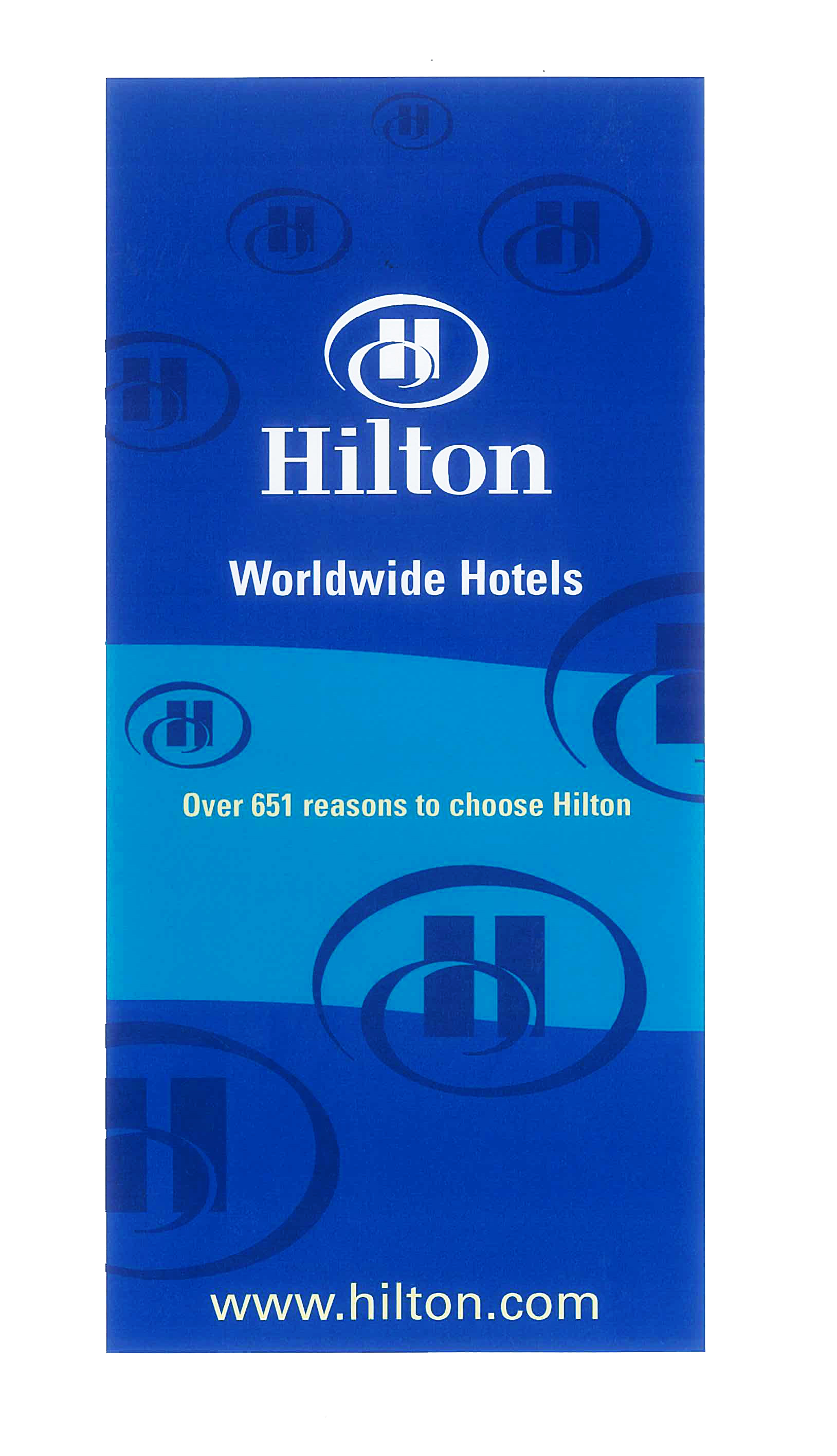 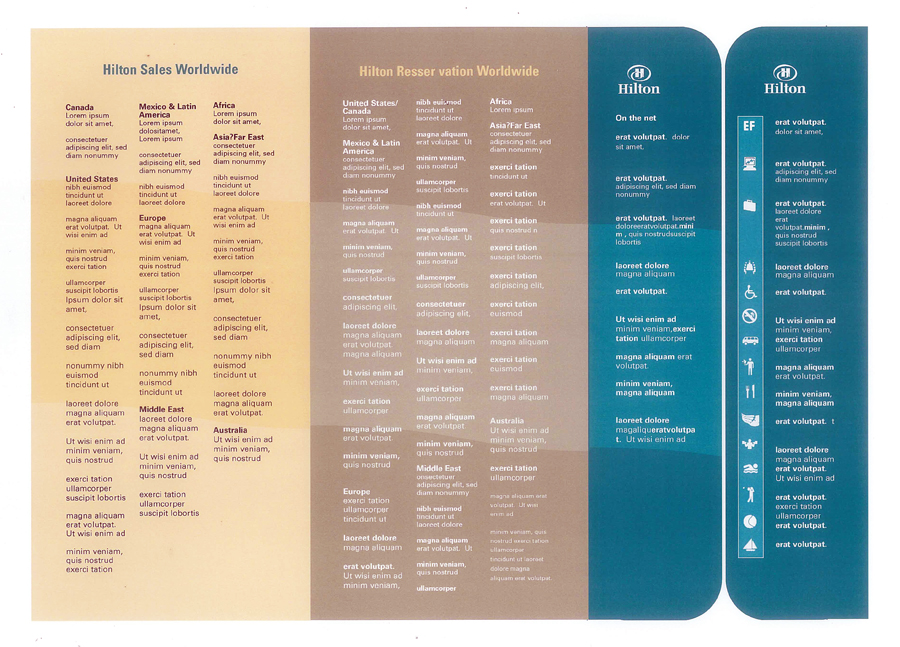 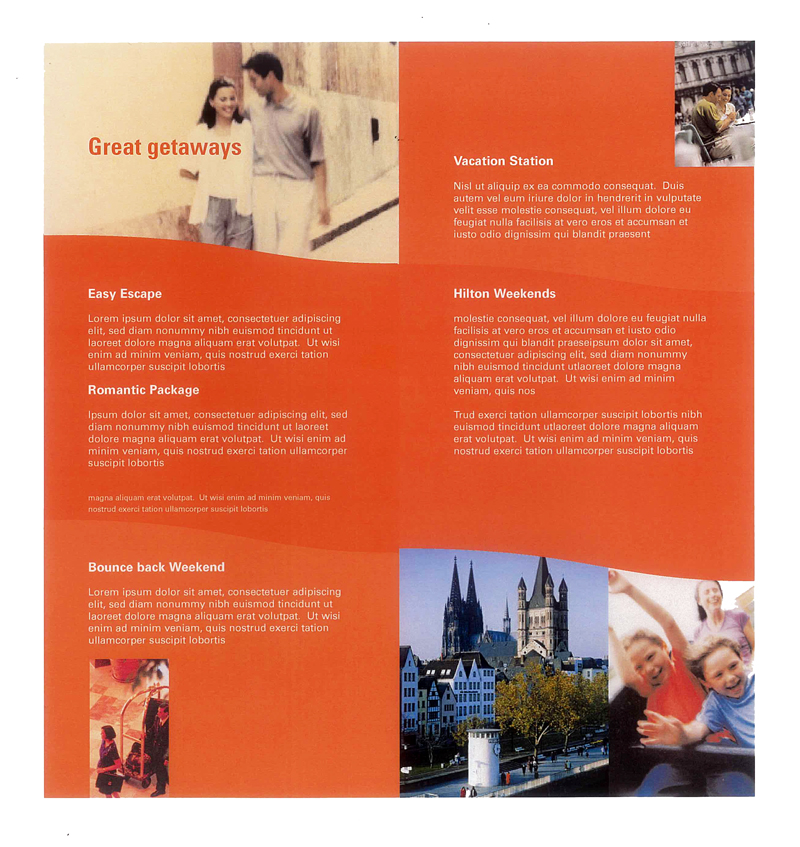 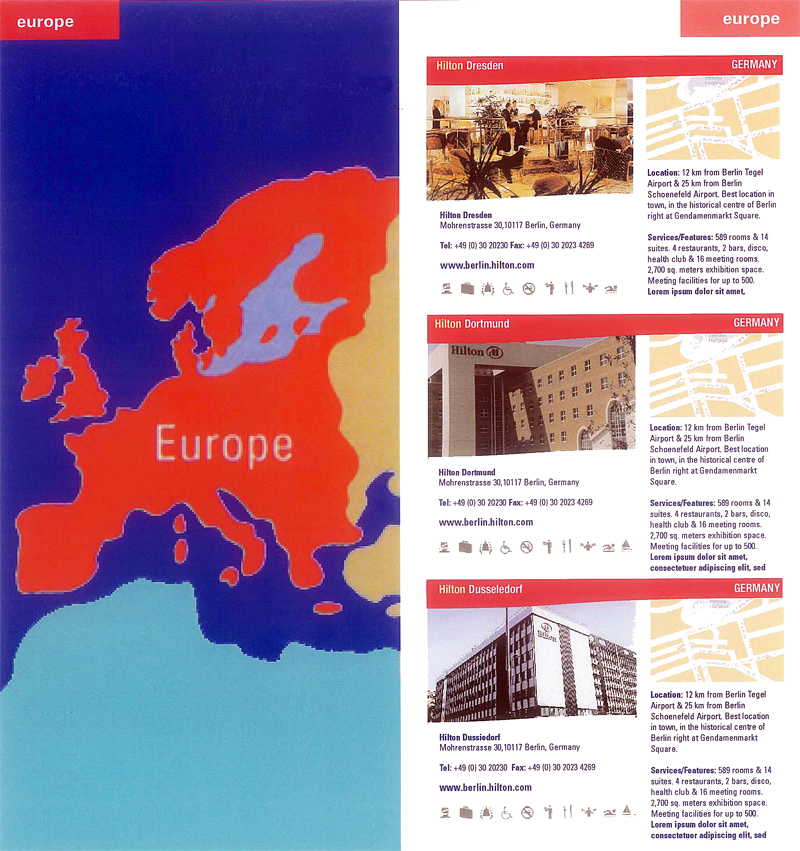 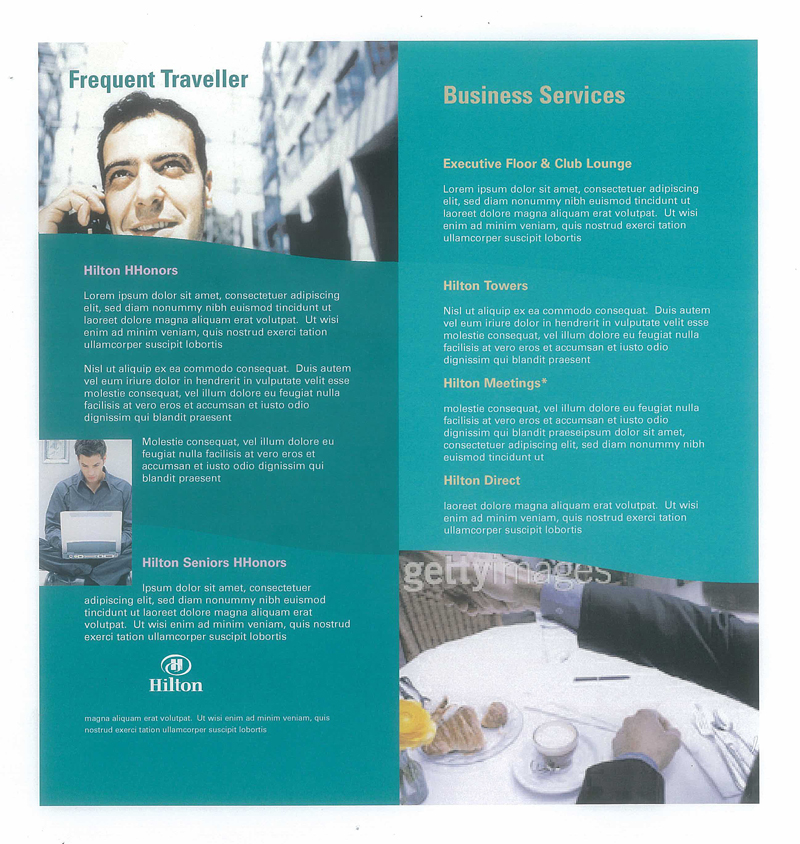 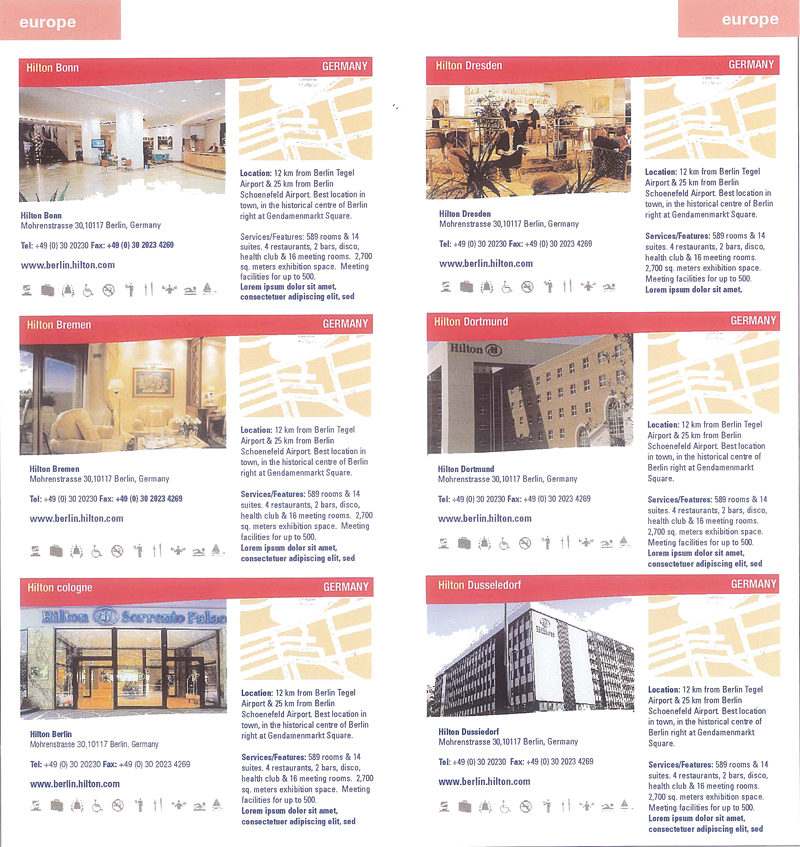 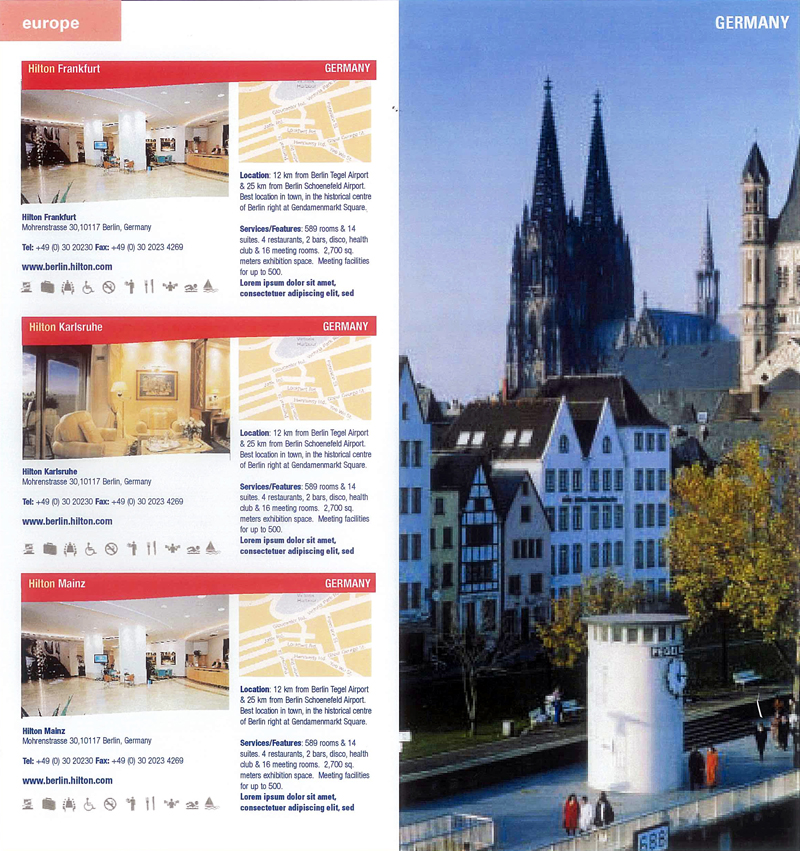 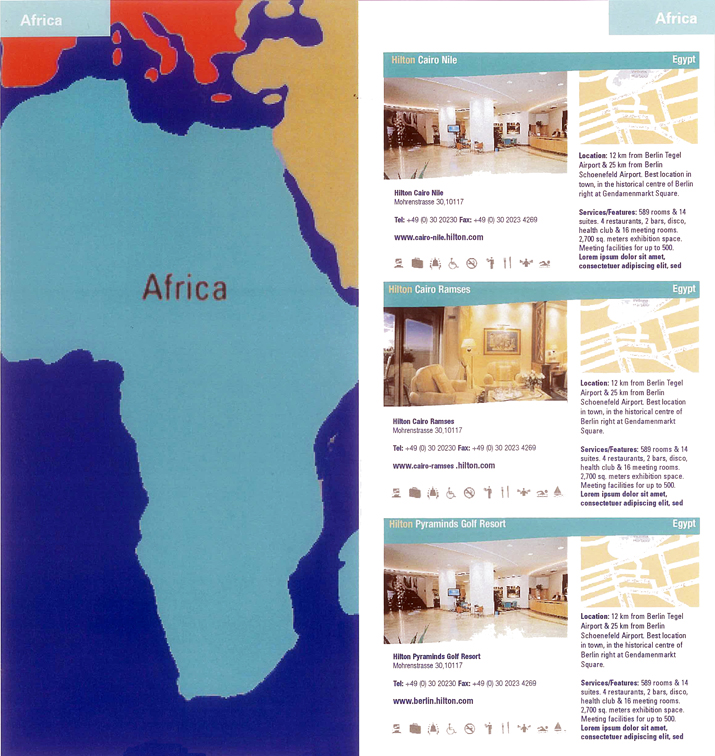 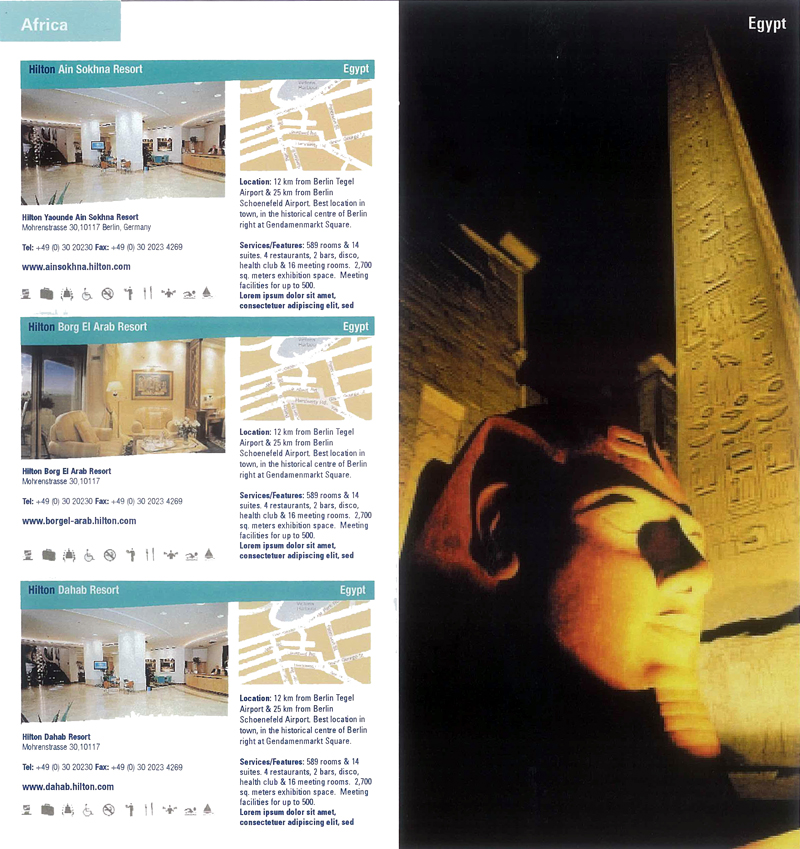 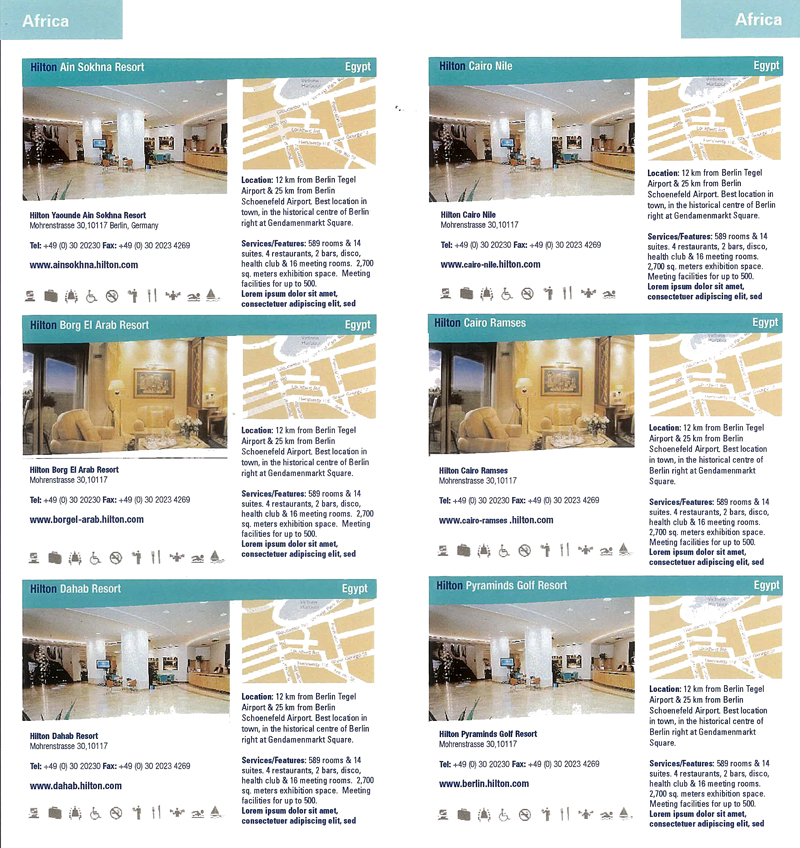 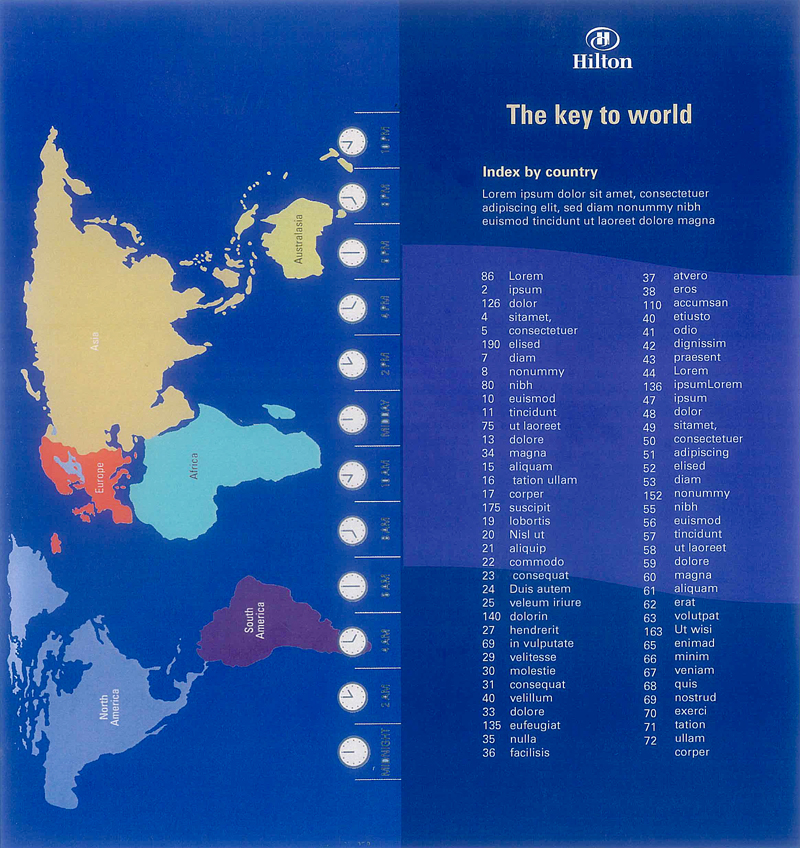 Hilton Worldwide is a global hospitality company. As of July 2011, the Hilton brand includes 3,750 hotels with over 600,000 rooms in 84 countries and is ranked by Forbes as the 36th largest private company in the United States. The company owns, manages and franchises a portfolio which includes Waldorf Astoria Hotels and Resorts, Conrad Hotels and Resorts, Hilton Hotels and Resorts, DoubleTree, Embassy Suites Hotels, Hilton Garden Inn, Hampton Inn and Hampton Hotels, Homewood Suites
by Hilton and Hilton Grand Vacations.

The task was to redesign the Hilton Worldwide Travel Directory, the original having been created by an American company.

The idea was to show both sides of the brand on the front cover: business travel and family holidays. At the same time it had to express elements of the services that Hilton offers its customers.