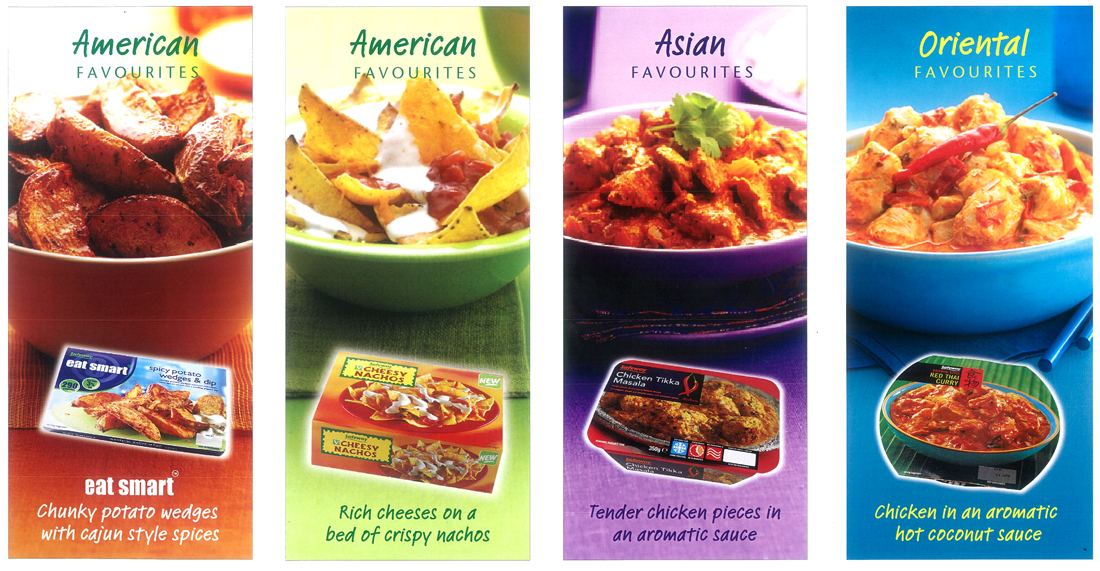 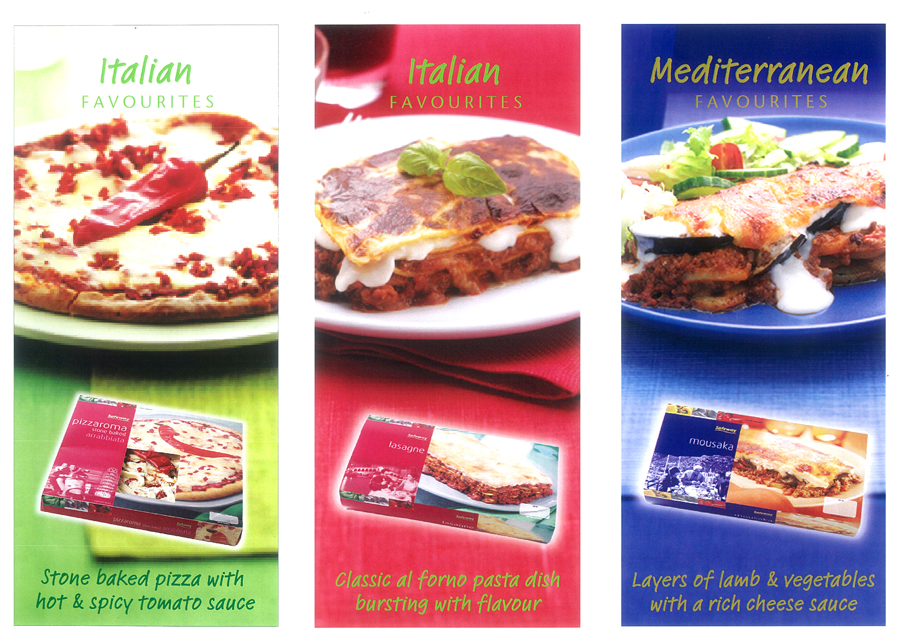 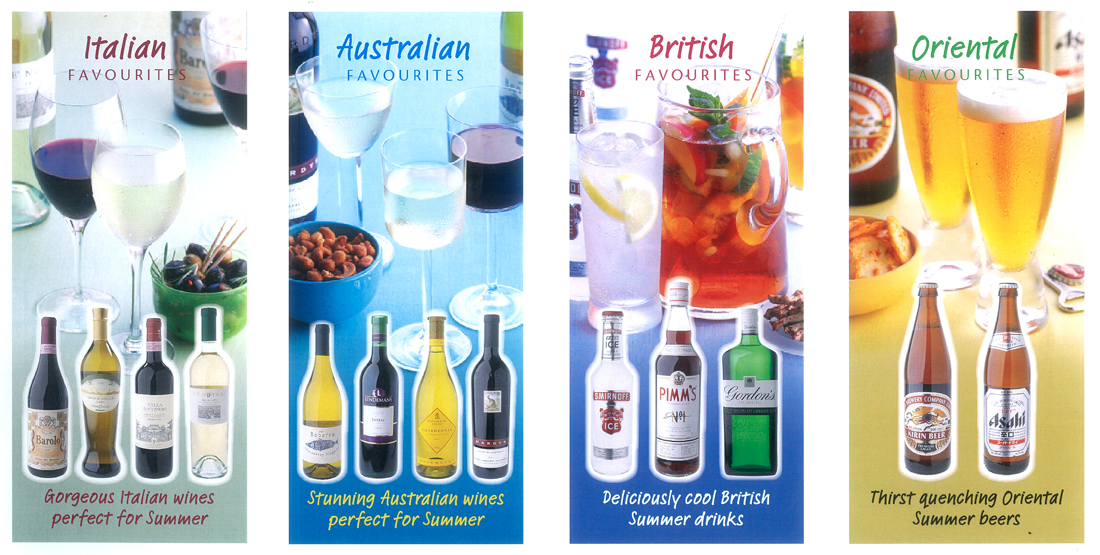 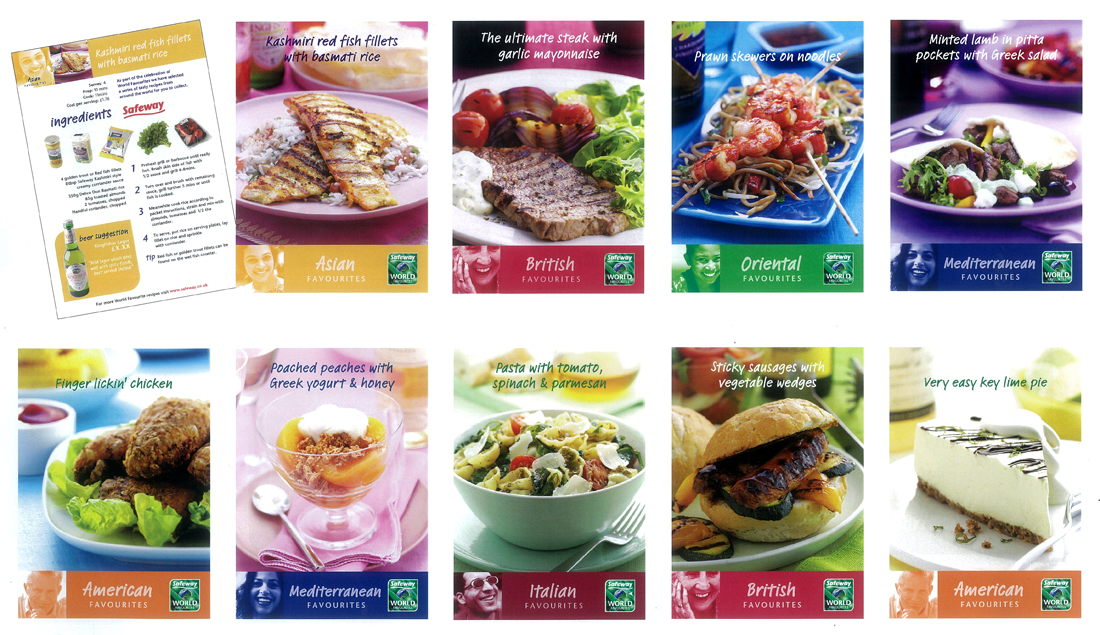 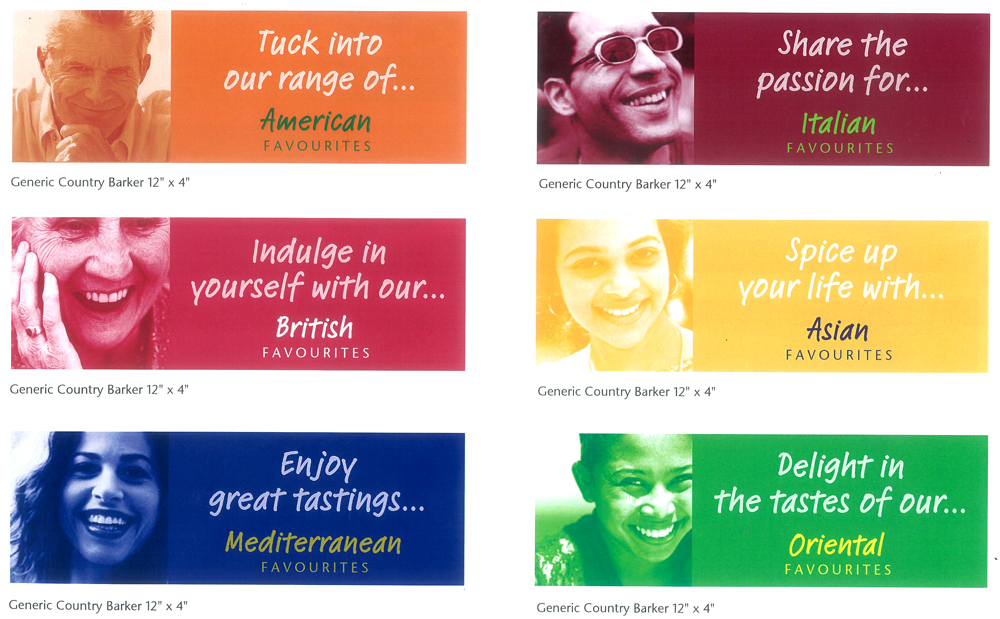 Safeway was a large chain of supermarkets in the UK. It was bought by Morrisons in March 2004, at which point most of its stores were rebranded as Morrisons, with others being sold off. The brand disappeared from the UK high street but can still be found online as a grocery outlet under its original name, Safeway.

The ‘World Favourites’ store campaign was hugely successful for Safeway. It was the first time that a big supermarket chain had attempted to promote  international foods, and ingredients and recipes could all be obtained under one roof. The following examples   show how the concept came alive through clear art direction and point-of-sale hanging banners.