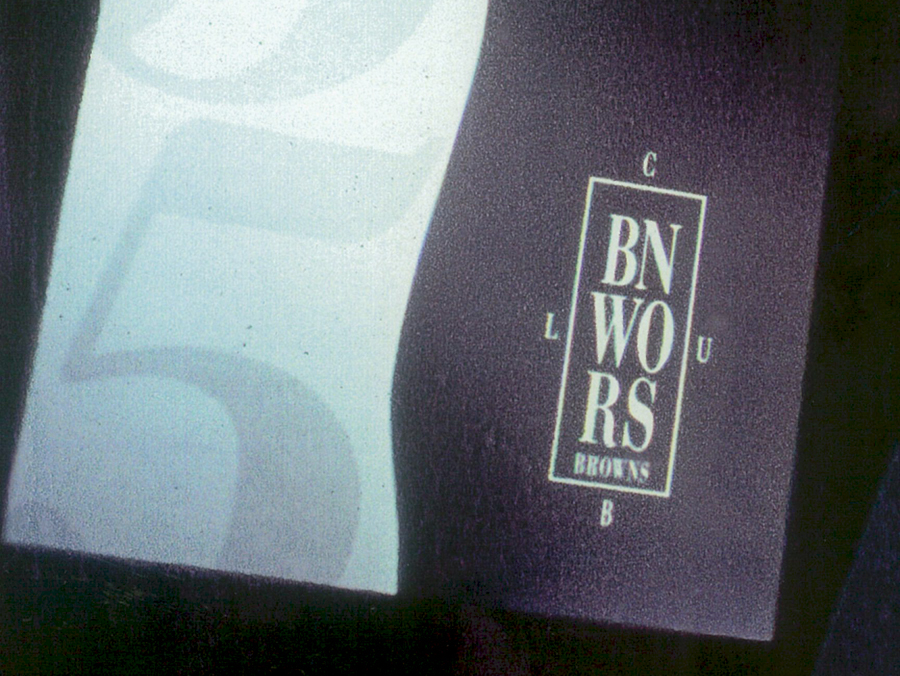 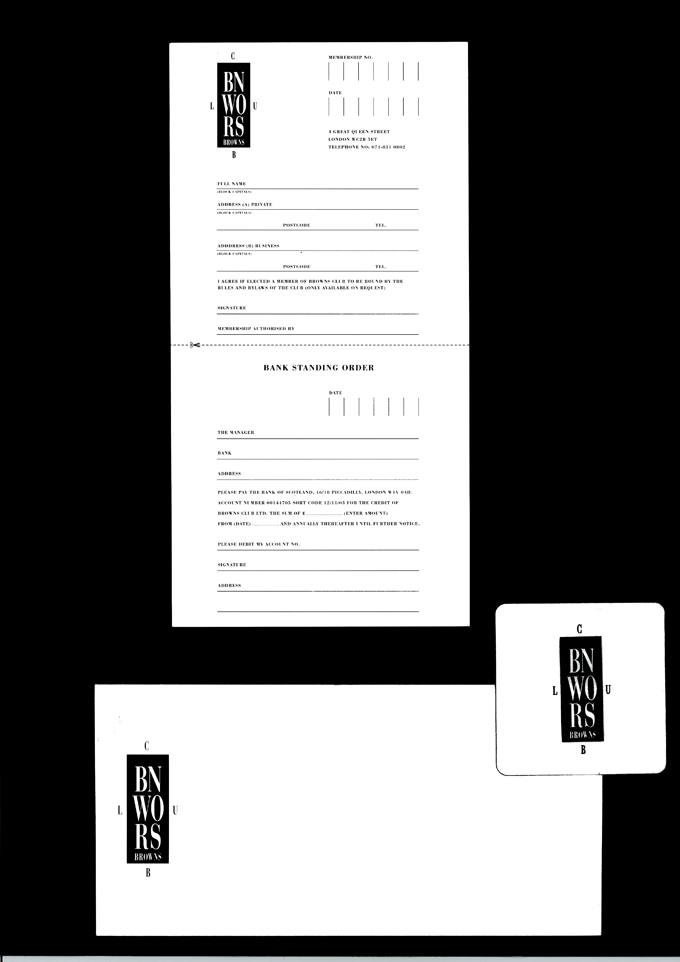 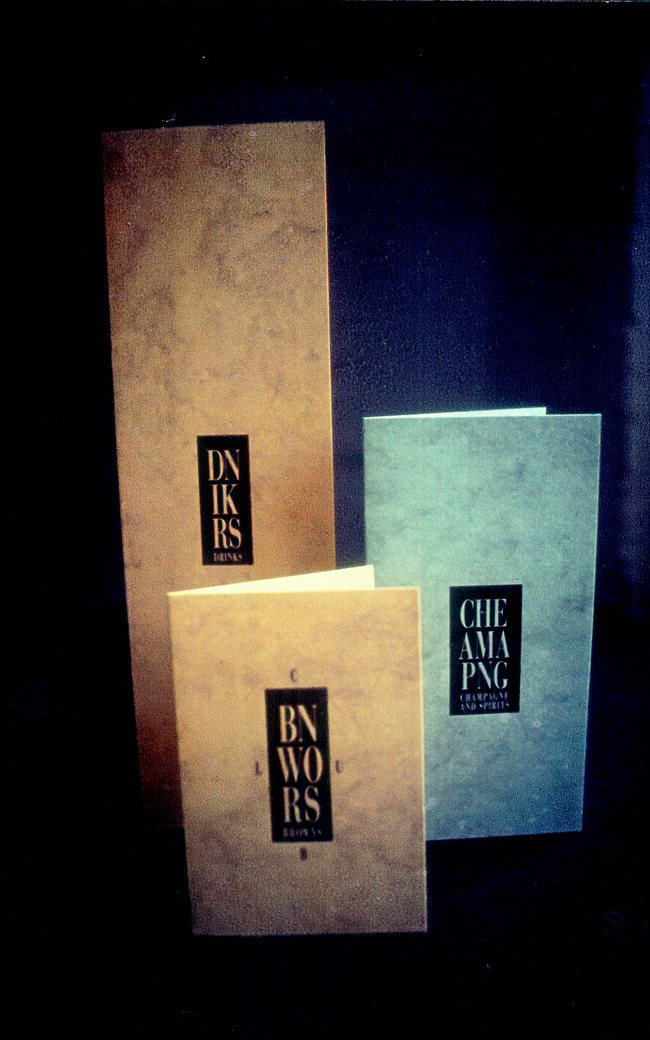 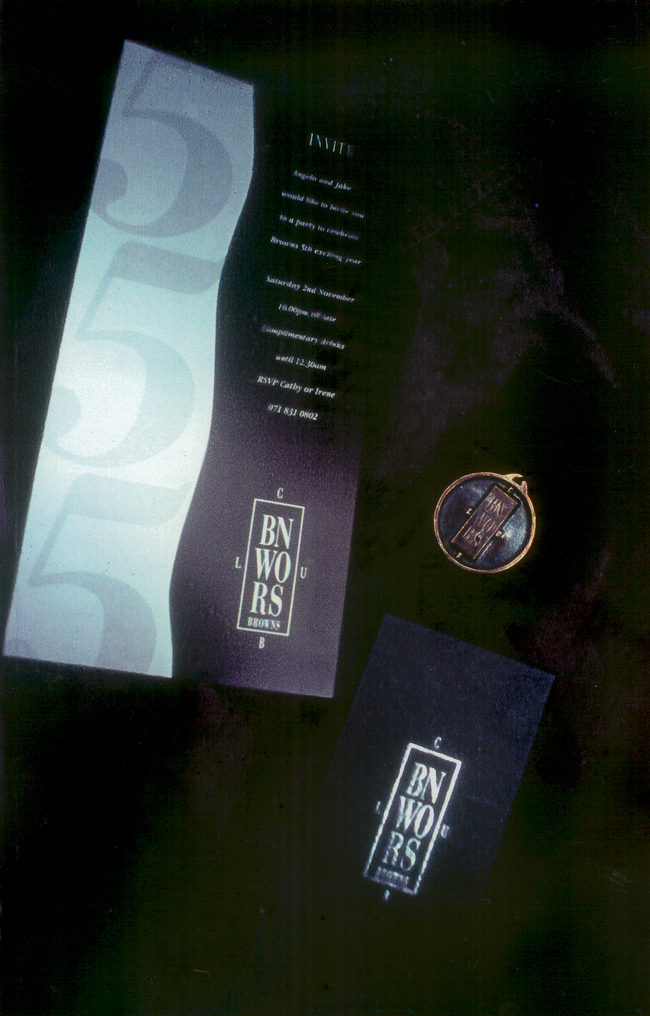 Browns was a private nightclub catering for A-list celebrities whenever they were in town. When big film releases and other prestigious events were held in London, this was the place where celebrities could come to wine and dine in private without being bothered by the press or paparazzi.

This project was to create an identity that was clean, simple and with a slight twist. The original was a straightforward line of text and was considered dull by the client.

This concept took the original identity one step further, by rearranging the letters in such a way that at first glance it appeared to spell out the word BROWNS but it didn’t, thus creating intrigue and making most people do a double take when they first glanced at the name. This theme carried over into some of the communications material produced.