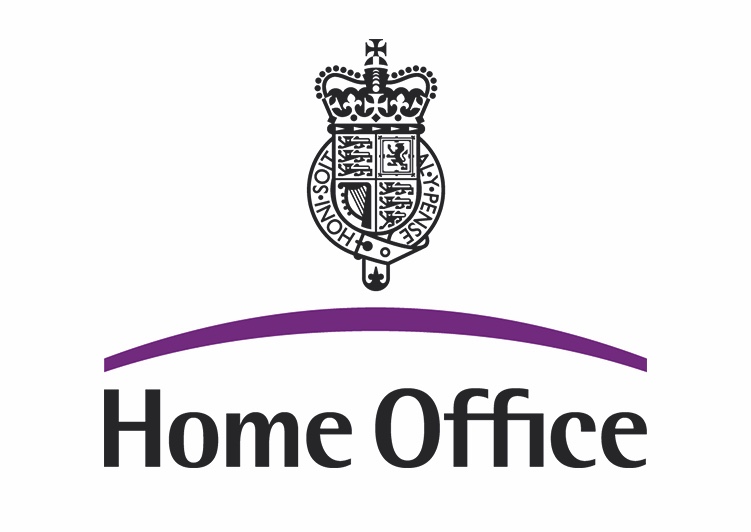 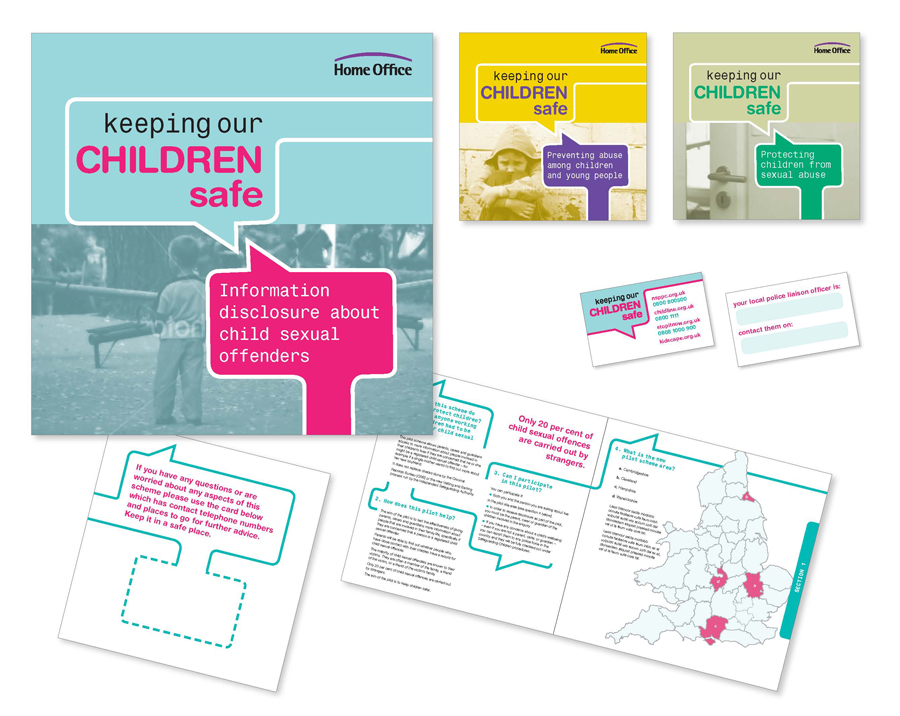 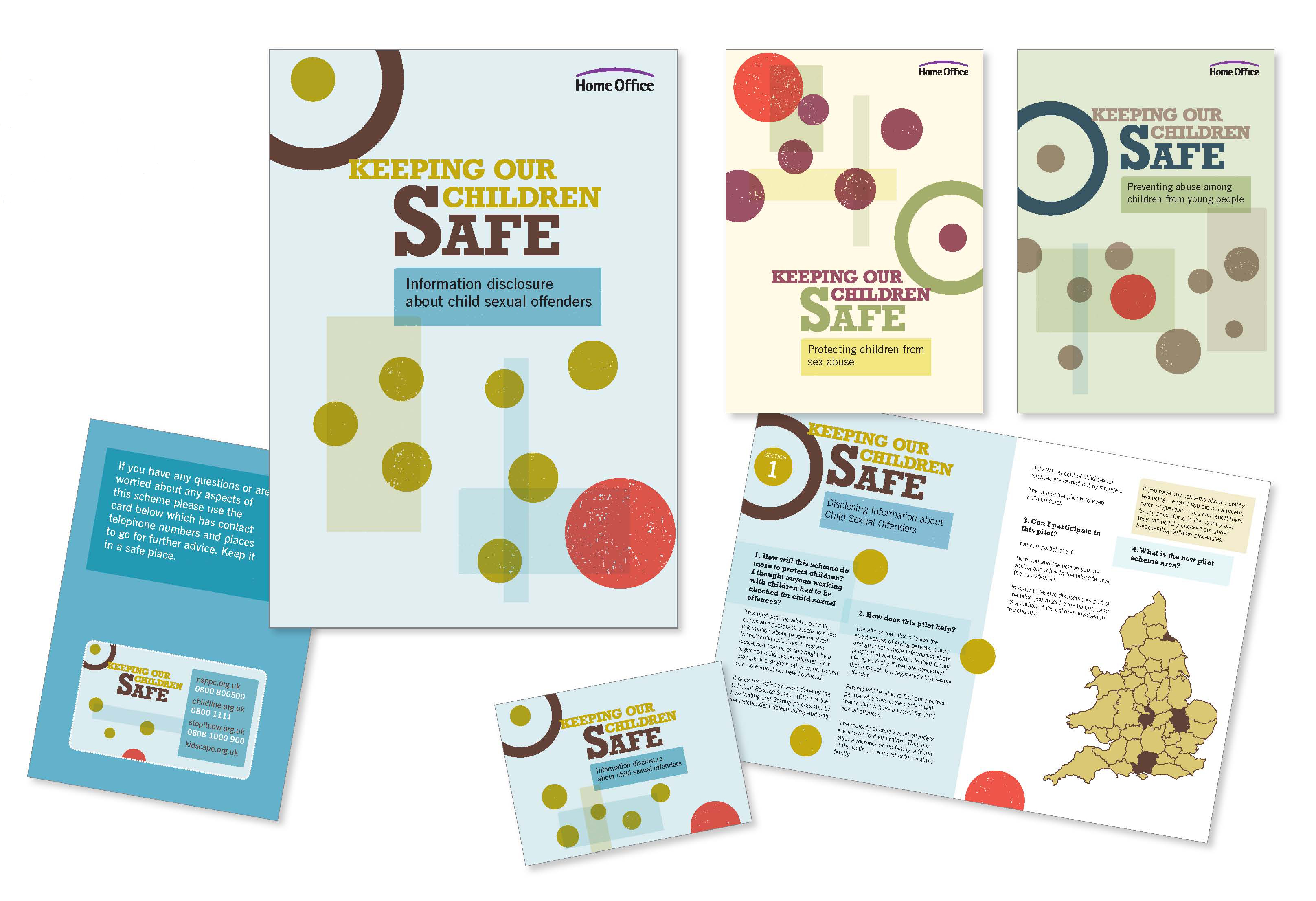 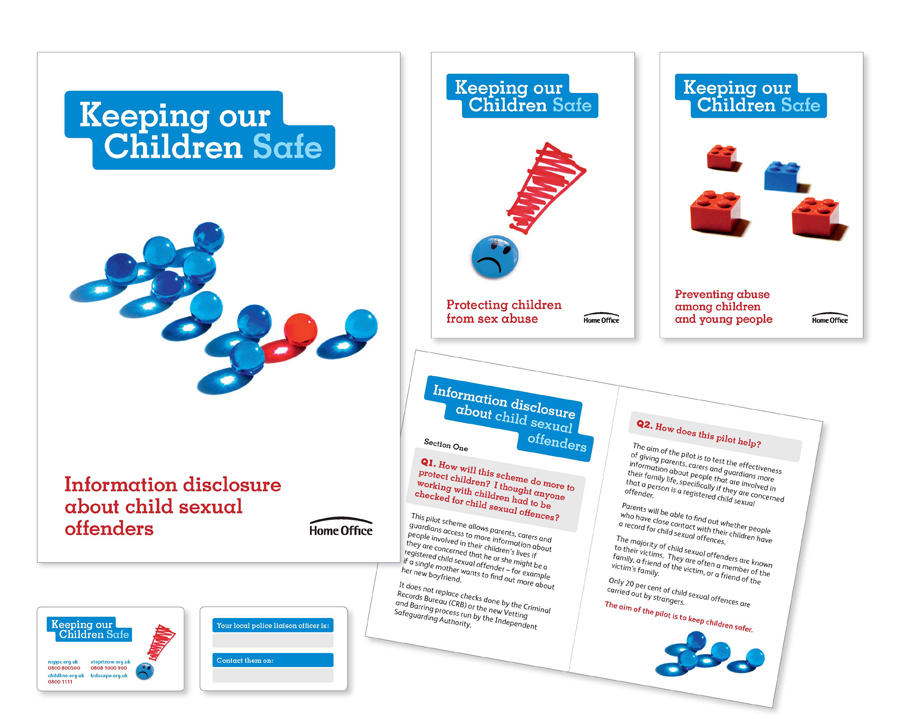 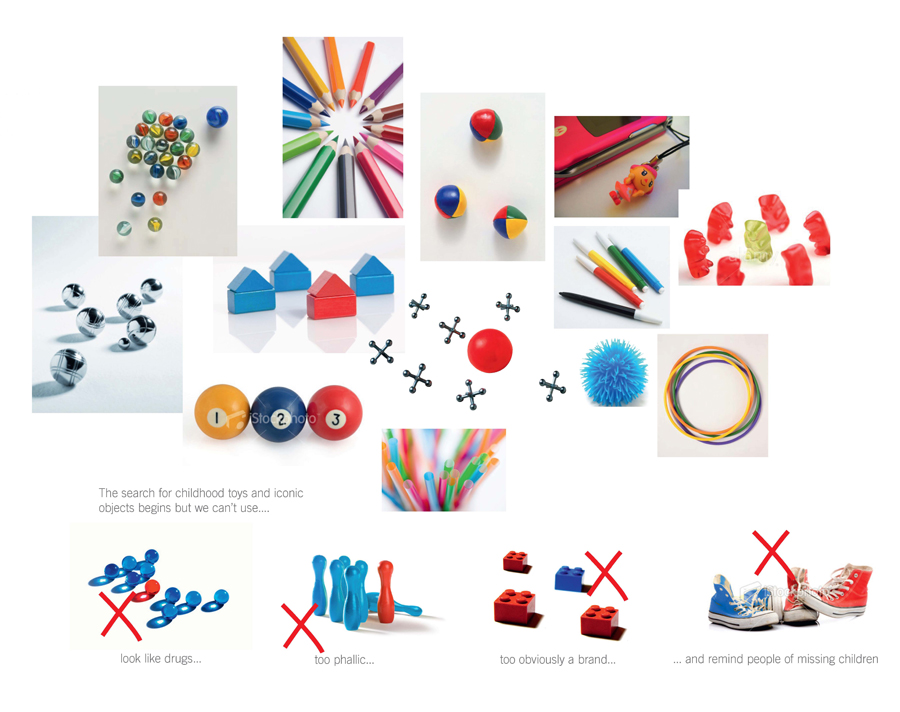 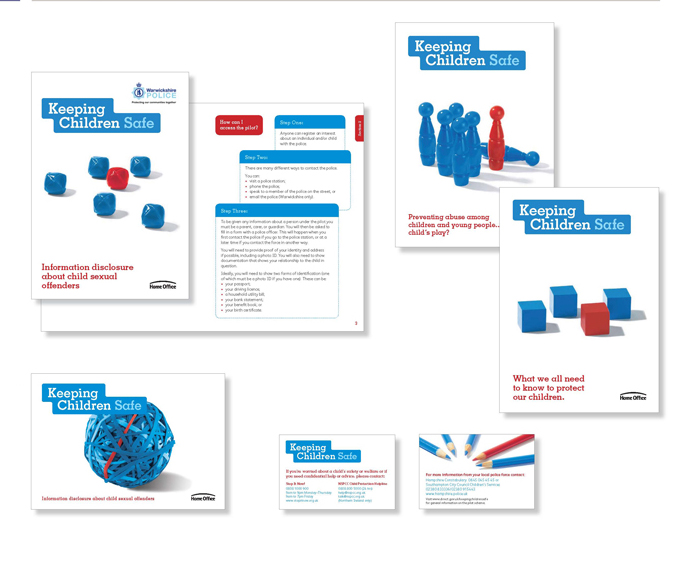 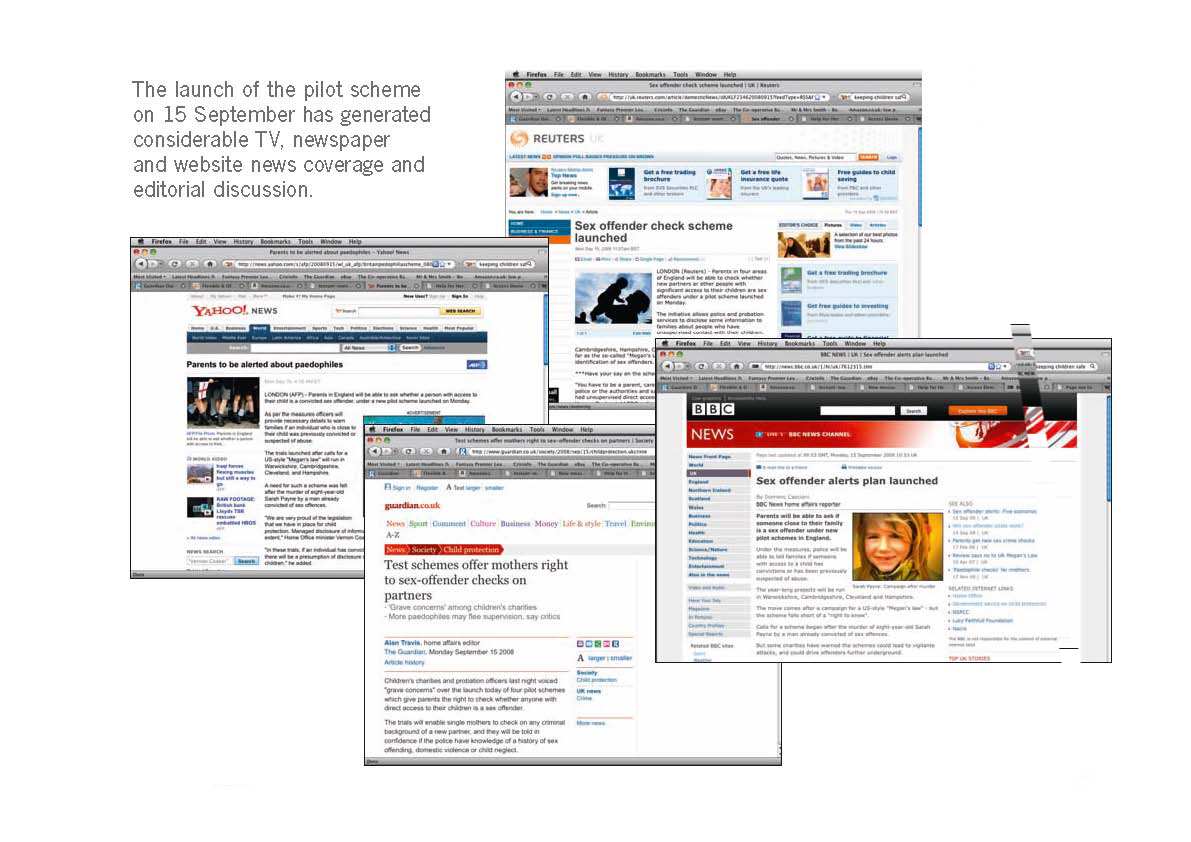 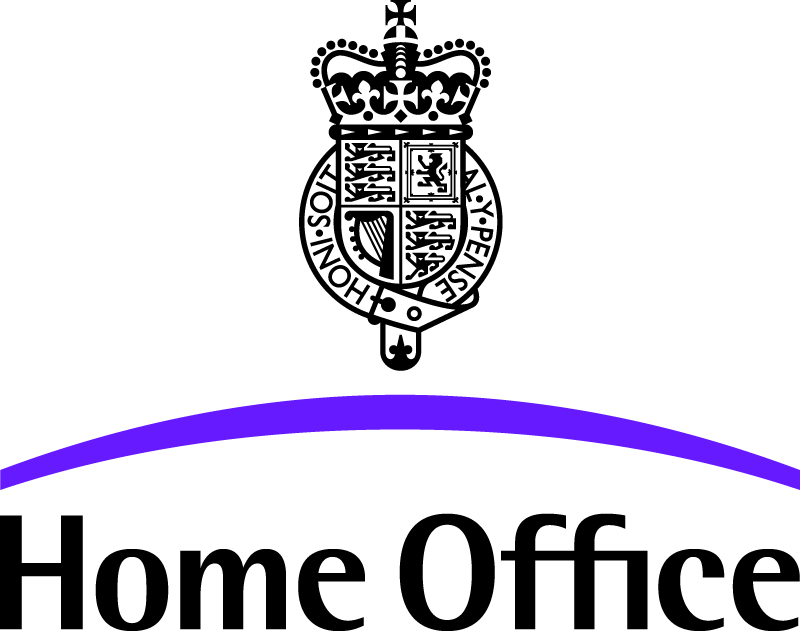 The Home Office is the government department responsible for immigration and passports, drugs policy, crime, counter-terrorism and the police. It used to be responsible for the Prison Service and Probation Service, but these are now under the Ministry of Justice.

The Review of the Protection of Children from Sex Offenders recommended the piloting of a new disclosure process whereby people would be able to register with the police their child protection interest in a named individual. The police would then have a duty to consider disclosure of this information to the interested party. In all instances, general guidance on child protection would be provided in response to enquiries about offenders in Cleveland, Warwickshire and Hampshire the pilot areas. The brief was to develop an accessible, simple but flexible identity that could be applied across a range of communications being used by police forces in the disclosure pilot areas, in order:

• to raise awareness regarding the disclosure process among the public in the pilot areas
• to provide information and guidance to those individuals who had registered an interest with their local police
• to provide additional information on protecting children from abuse and signposts to other sources of national and local support and help (e.g. helplines, charities etc) The target audiences were the general public and any individuals registering an interest with a local police station in the pilot areas.