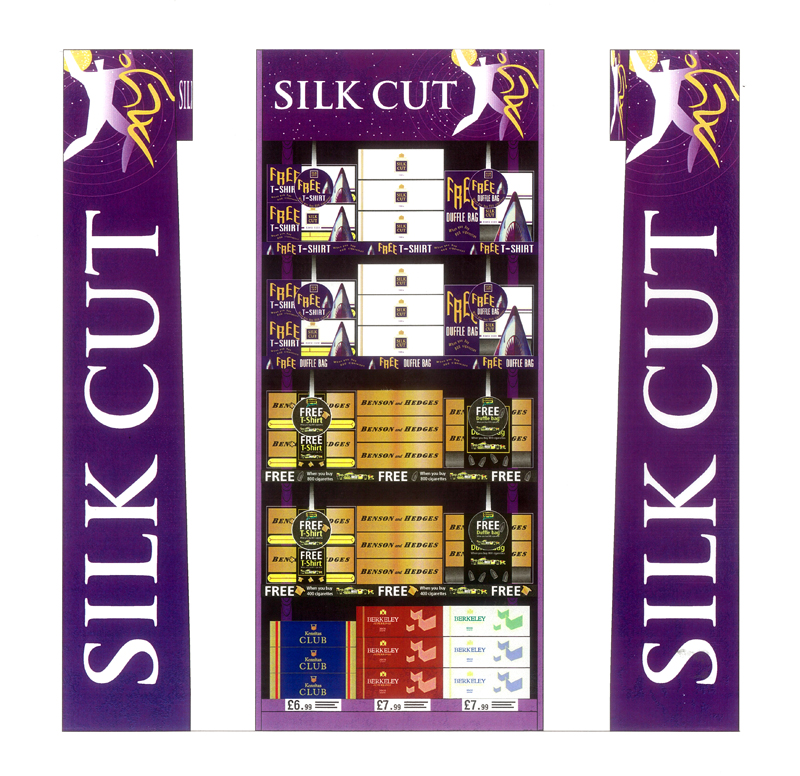 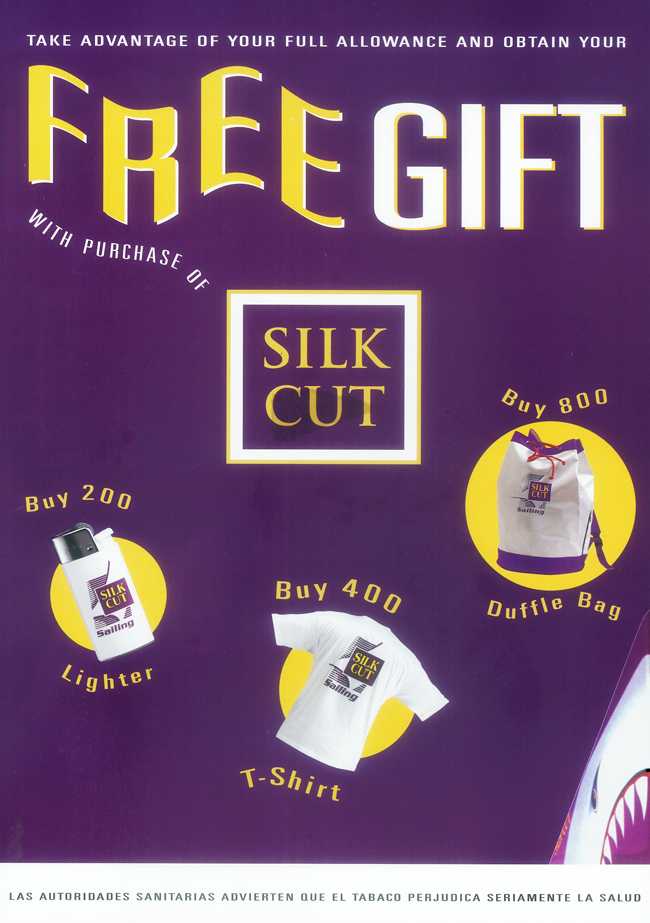 Gallaher Group is a major UK-based multinational tobacco company, manufacturing well-known brands such as Silk Cut and Benson & Hedges. In April 2007 it became a subsidiary of Japan Tobacco.

This project aimed to help build more brand awareness among a wider audience by offering Silk Cut branded  merchandise. Phase one was a poster campaign launching the merchandise. The design ideas were centred on the word ‘cut’, using a variety of ‘sharp’ images.

In this example a shark theme was developed and proved to be very successful for the client. It kept in mind the brand’s willingness to explore different routes in order to engage with its audience.